Eco El Paso supports the use of solar energy in all facets of our lives: Residential, Commercial, Industrial, City Facilities, and Schools. Higher energy bills, power outages, and air pollution are all problems we would like to avoid. Investing in solar power is a great choice for homeowners and business-owners that want to do their part in providing a solution to these climate change-related issues, while providing high paying jobs to our region.

Solar cells are made of semiconductive materials that are specially treated so that the sun's rays help create a flow of electrons, which can be used to power your home. A photovoltaic cell is a specially treated wafer of silicon, sandwiched between two thin contact plates. The top contact is positively charged and the back contact is negatively charged, making it a semiconductor.

Solar panels harness energy from the sun. The sun sends photons toward earth and they collide with the silicon in your solar cells. Photons excite the electrons in the silicon and creates electricity. Solar panels use conductive wiring built into each solar cell so it can collect those excited electrons and move them like a highway of electricity. Each solar cell connects to make up a solar panel. Each solar panel connects to the next panel and as you build up more and more electrons, you send that electricity through the wiring in the system, acting like an electricity highway and that goes directly into your homes breaker box to use in your home as needed or pushes it back to the grid if you have excess solar power giving you a credit on your bill, typically used up at night when there is no solar power.

We recommend that anyone interested in going solar should get 3+ quotes for your solar project, and we also recommend to use local companies that have local employees to do the installation and to provide the labor warranty on your system.

Contact us if you have any questions about solar!  Email our team:  info@ecoelpaso.org

There is a 26% Federal Tax Credit for solar energy customers, it increases your home’s value, and protects against rising energy costs.

Solar power has no greenhouse gas emissions and does not produce any radioactive waste.

Solar reduces the amount of electricity (coal, natural gas, oil, or nuclear) you need to purchase from a utility.

The sun’s free energy can be used in your business or home to help reduce the amount of energy you demand from your local utility provider while reducing your carbon footprint.

Although the most effective method to utilize the sun’s rays is to install a solar photovoltaic system, there are several smaller scale solar home improvement projects you can do to lower your energy bill. 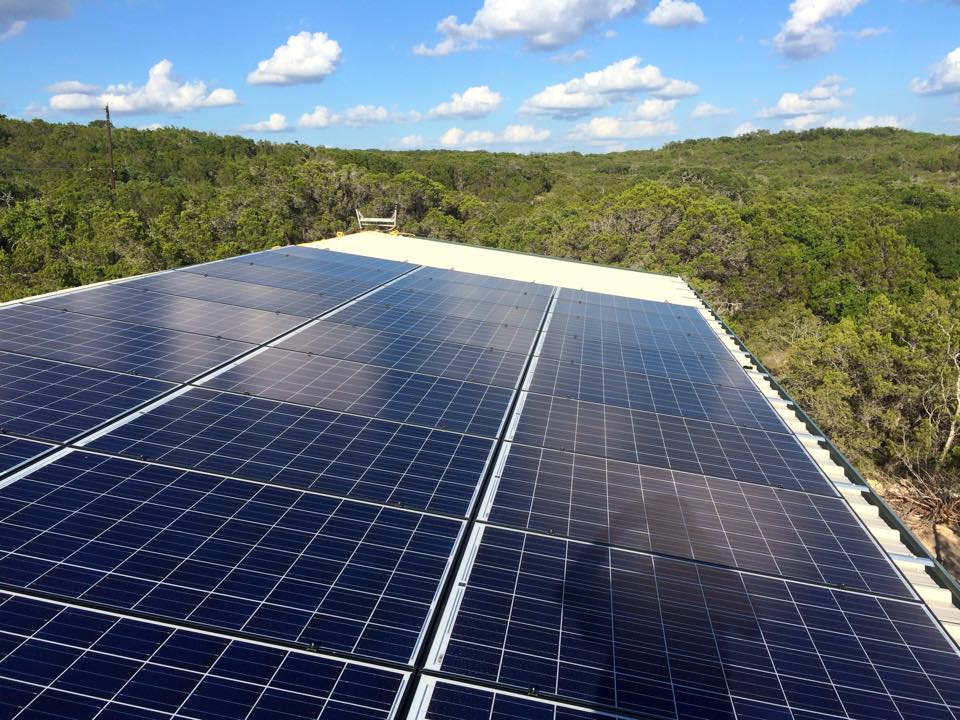 Residential solar systems are mounted to the roof with a racking system designed to secure the panels while not damaging your roof. They are generally not adjustable and designed to position the solar panels at a consistent elevation above the surface to which they are mounted. Residential systems can be mounted to all roof types including shingles, tiles, and metal roofs. Commercial systems can be mounted on a flat roof with a ballasted roof mount, which does not penetrate the surface. Systems can also be mounted on the ground if there is enough un-shaded area available. 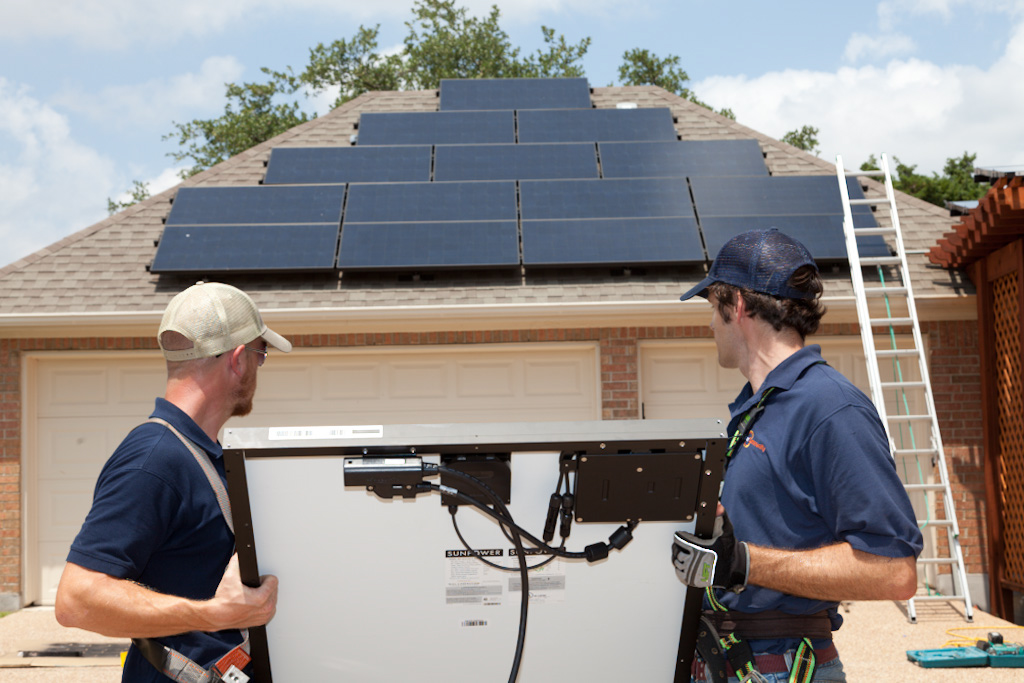 Solar panels are comprised of many individual solar cells. Solar cells are made from layers of silicon, phosphorous (which gives the negative charge),and boron (which provides the positive charge). The solar cells are wired together in a circuit. When photons from the sun strike the surface of the solar panel, electrons are knocked out of their atomic orbits and released into the electric field. The circuit of solar cells then pulls the free electrons into a directional current (also known as DC electricity). This entire process is known as the Photovoltaic Effect. Multiple panels are required to meet the electricity requirements of an average household. The DC electricity generated from the solar panels is then sent to the inverter.

Solar inverters convert the electricity from solar panels, DC (direct current) into AC (alternating current), which is the type of power used in most homes. The inverter will allow the system owner to see exactly how much DC electricity is being generated by the solar system. Once the electricity has been converted from DC to AC, it is then sent to the utility meter. Central Inverters typically support an entire solar array and has a 10 year warranty. Microinverters are used under each solar panel and typically have a 25 year warranty. 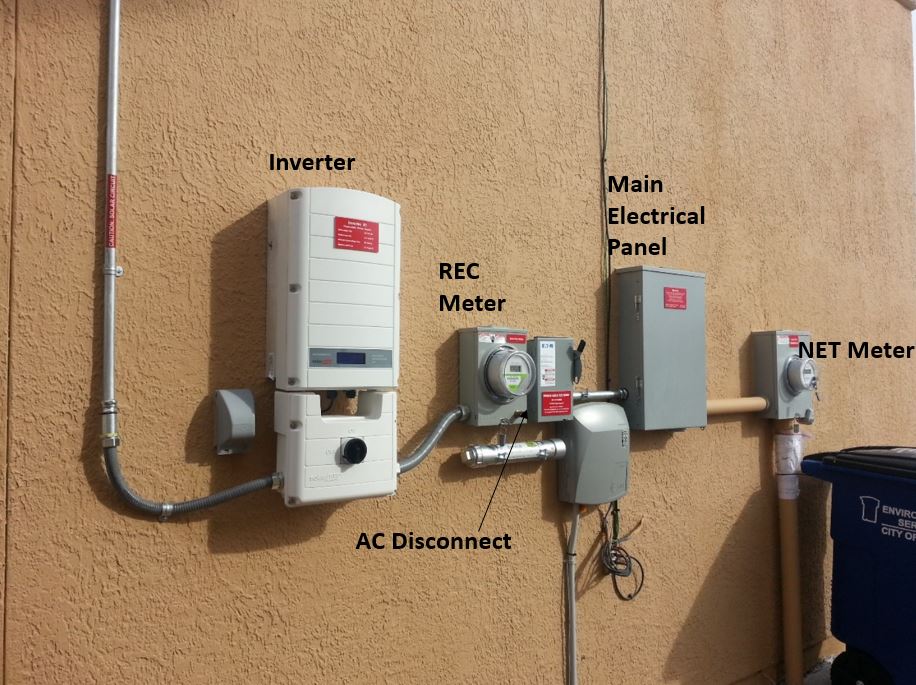 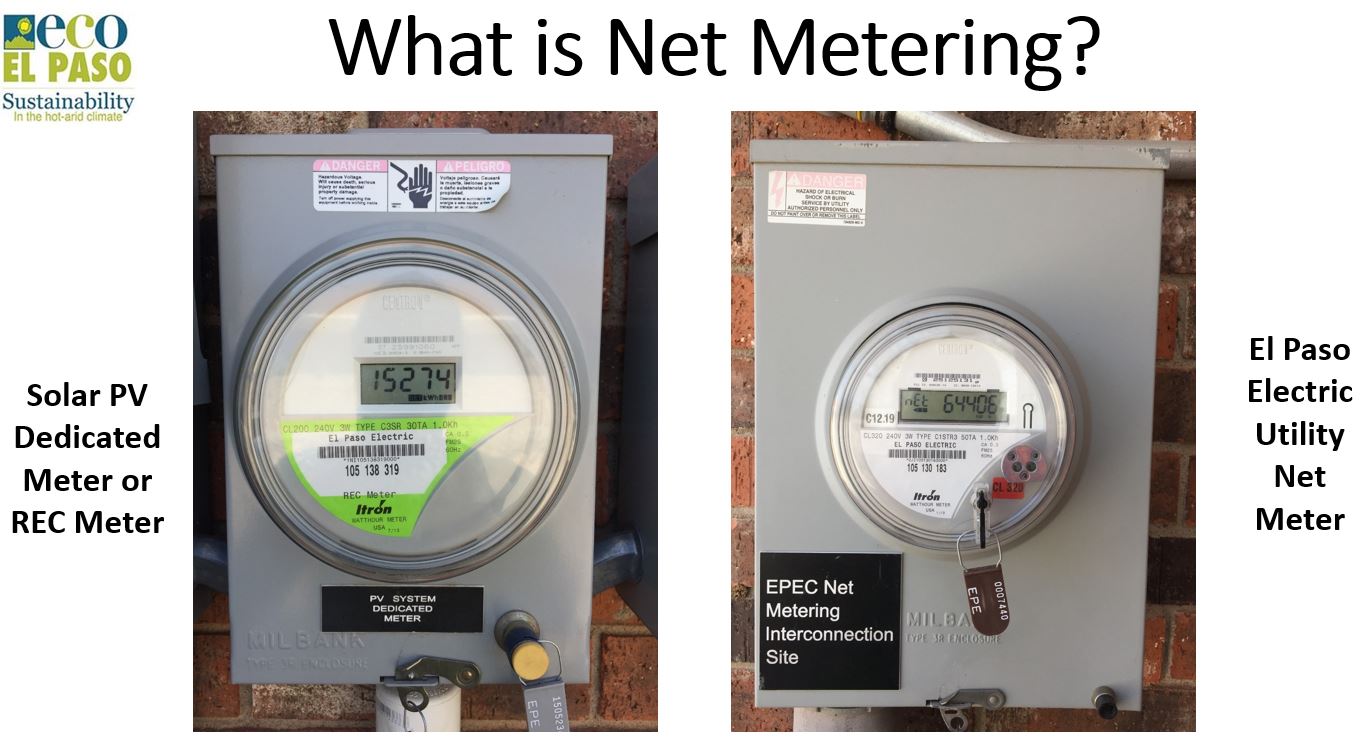 When a building has a PV system installed, there is a PV meter installed to track the system’s energy generation (output) in kilowatt hours (kWh). The utility company replaces the existing building meter which tracks energy supplied to the home or business with a new dual-read billing meter (net meter). This dual-read meter captures two different readings: 1. The amount of energy supplied to the building by the utilities distribution grid and 2. Any excess energy generated by the solar PV system that was not used by the building at the time it was generated . This excess energy goes back into the distribution grid and is termed “push back.” This energy is “credited” to the customer’s bill.

There have been instances where the rules of a Homeowner Association (HOA) and Property Owner Association (POA) created barriers to the installation of solar energy equipment. The State Legislature addressed this situation by passing House Bill 362. This law amended Chapter 202 of the Texas Property Code by adding Sections 202.010 and 202.011.

The law defines the limited circumstances under which an HOA or POA can prohibit or require the relocation of a solar energy installation. 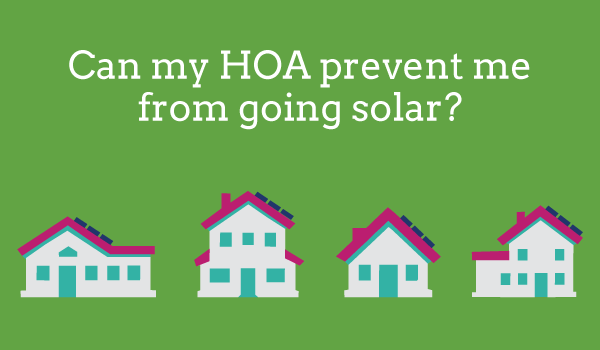 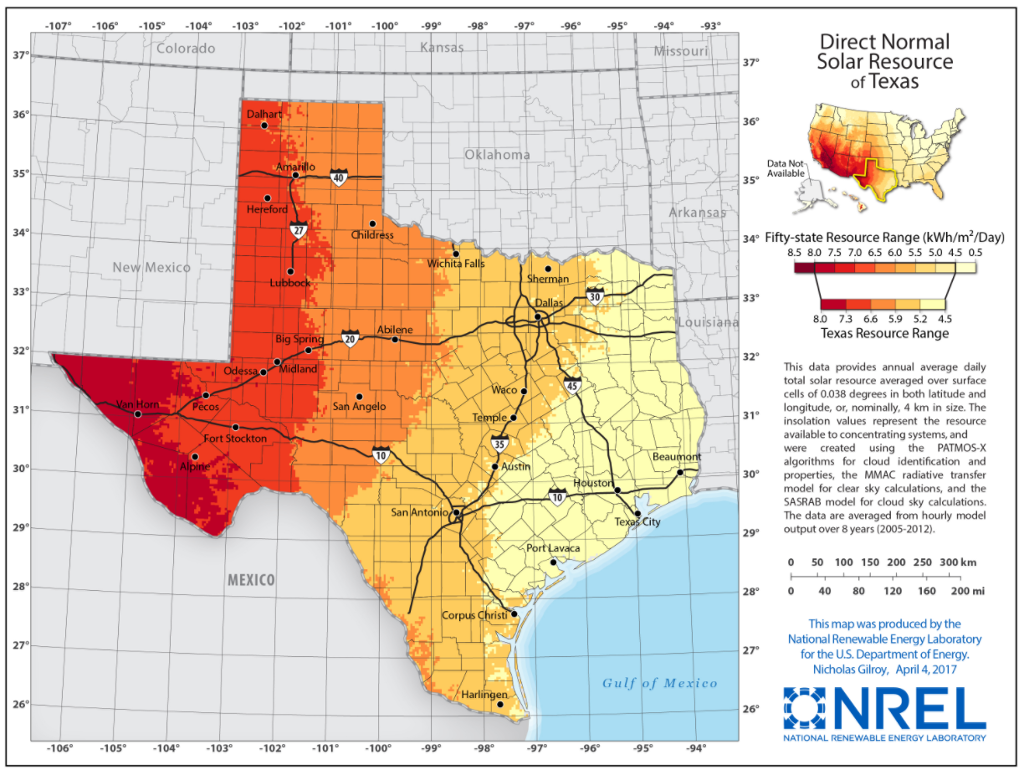 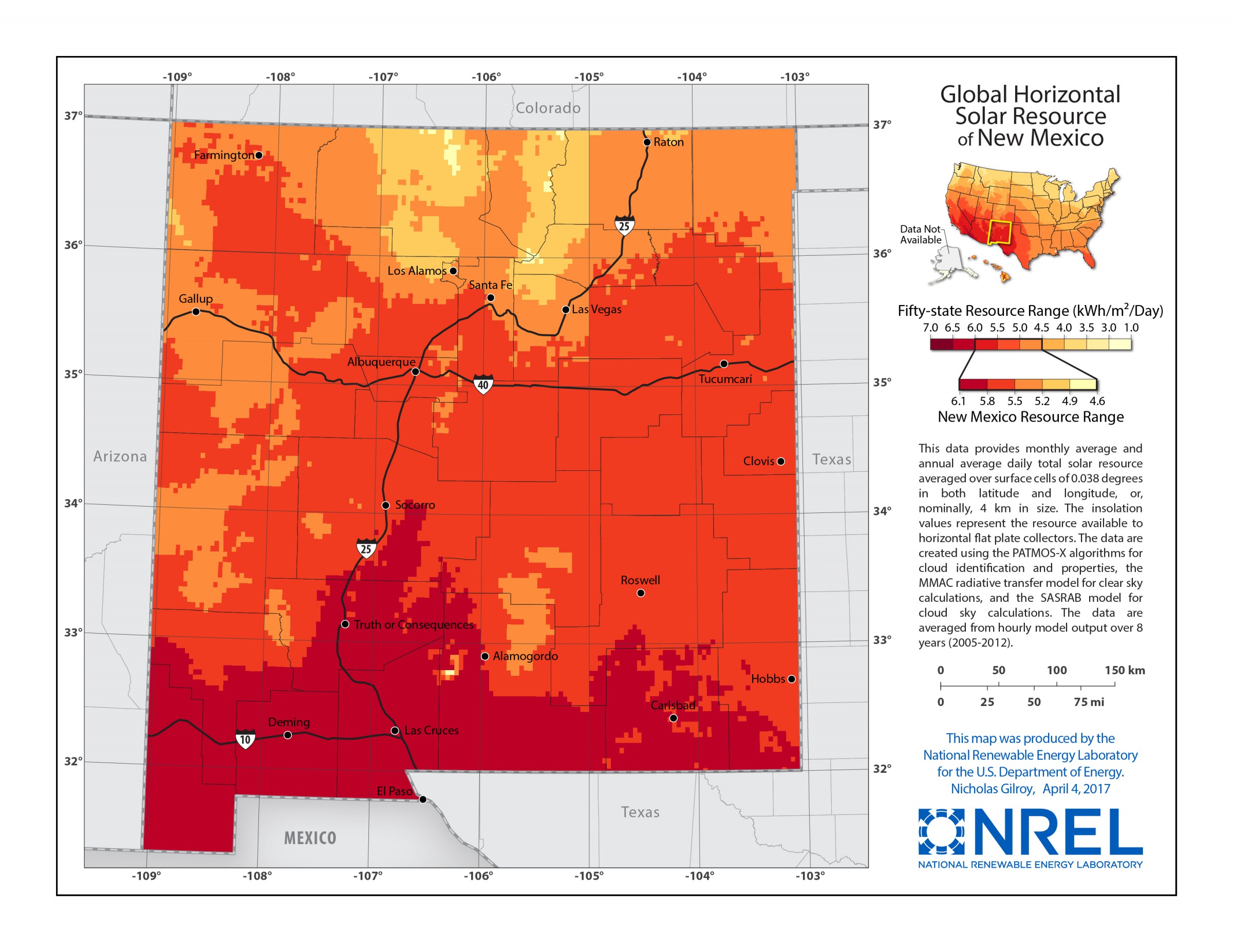